The Monument Quilt: A Public Display of Support for Marissa Alexander 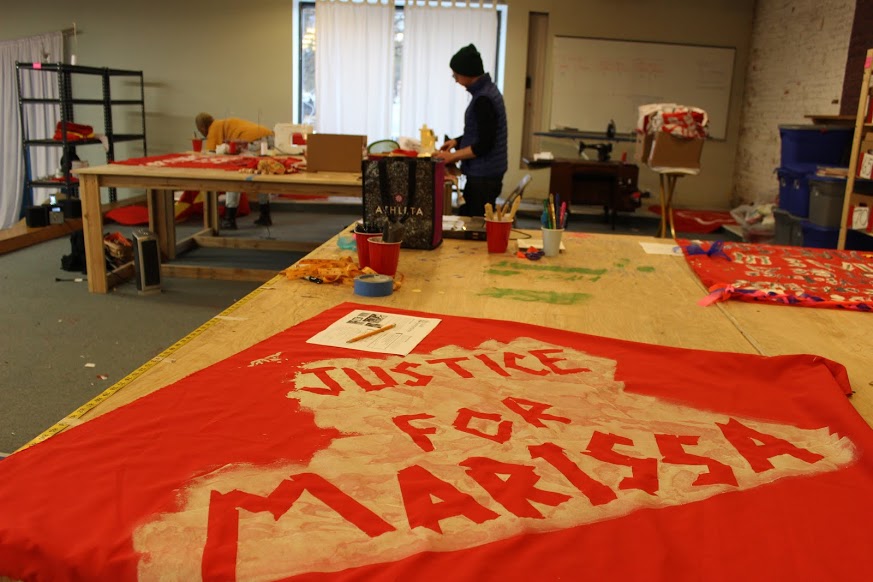 The Monument Quilt: a public healing space by and for survivors of rape and abuse.

The Monument Quilt is a crowd-sourced collection of thousands of stories from survivors of rape and abuse. By stitching our stories together, we are creating and demanding public space to heal. The Monument Quilt is a platform to not only tell our stories, but work together to forever change how Americans respond to rape. We are creating a new culture where survivors are publicly supported, rather than publicly shamed.

Marissa Alexander is a survivor of domestic violence who was prosecuted for defending herself against her abusive husband. In partnership with the #FreeMarissa Now Campaign, the #MonumentQuilt will be on display at Marissa Alexander's January 27, 2015 hearing in protest of her prosecution.

Add your statement of support for Marissa Alexander or your own story of surviving domestic violence or sexual assault to the growing Monument Quilt.  Collected quilt squares will be on display on January 27, 2015 in Jacksonville, FL, to let Jacksonville and the world know Marissa is NOT ALONE.  Learn how to make a quilt square here: themonumentquilt.org/make-a-quilt-square. You can mail your quilt square to Force by January 10th or bring it to the protest in person on January 27, 2015.

#MonumentQuilt Flyers (images below are linked to downloadable PDF files) 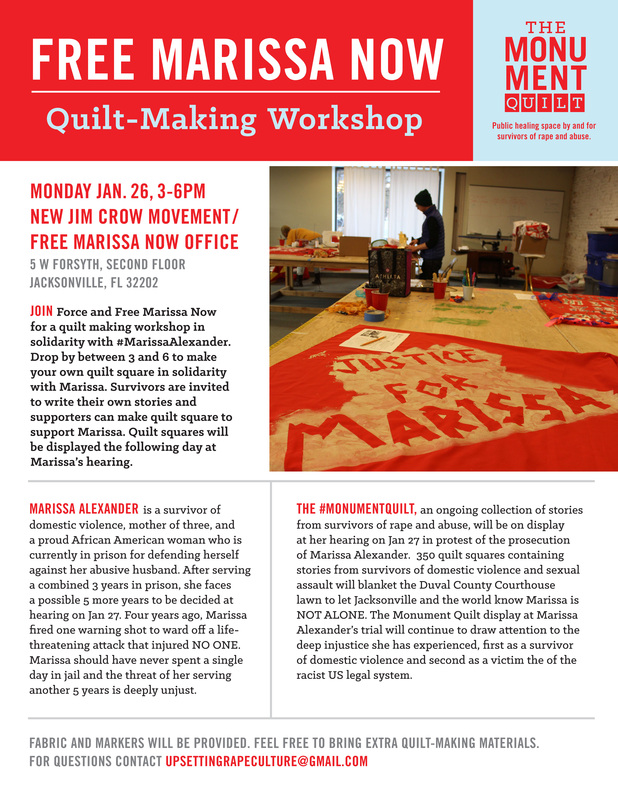 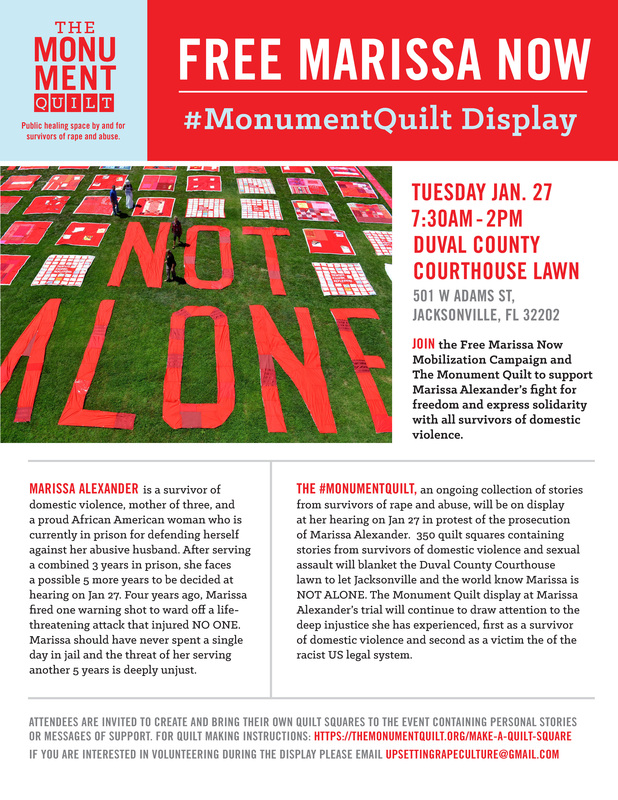