Today, after 3 years behind bars and 2 years of house detention, Marissa Alexander was finally released from state confinement.  Marissa Alexander has been punished for over 5 years for defending her life from a domestic violence attack threatening her life nine days after she gave birth.  The Free Marissa Now Mobilization Campaign is thrilled that we have finally made it to the day that we can say Marissa Alexander has her freedom.  We are honored to share this statement from Marissa and her family: "We are grateful to God that this chapter of Marissa's life will come to a close on January 27, 2017. We are sincerely thankful and appreciative to all who rallied, supported and prayed for Marissa's release. As she enters a new chapter, with endless possibilities, we ask that you will continue to support Marissa through her non-profit organization that was established to end domestic violence and injustice in the criminal justice system, The Marissa Alexander Justice Project. Without you, today would not be possible. Thank you again and again."

Throughout her ordeal, Marissa Alexander has always emphasized the need to use her case to bring attention to the wider institutional patterns of criminalizing survivors.  We celebrate her freedom today as a closure to a #SurvivedAndPunished week of action highlighting survivors of domestic and sexual violence who are criminalized, including Bresha Meadows in Ohio, Tondalao Hall in Oklahoma, Rasmea Odeh in Illinois, Kelly Savage in California, Alisha Walker in Illinois, Ky Peterson in Georgia, and Ny Nourn in California.  These cases have very different contexts, but they are related in that they exemplify the reasons and ways survivors of violence are targeted by prosecutors.  They are not alone. The vast majority of people in women’s prisons, and many in men’s prisons, are survivors of domestic and sexual violence before they are incarcerated.  There is a crucial pipeline between abuse and prison/detention centers that must be disrupted.

The grassroots insurgency that freed Marissa Alexander was historic.  It emerged in 2012, when Marissa was denied Stand Your Ground defense at the same time a jury used Stand Your Ground as a reason to acquit George Zimmerman for the murder of Trayvon Martin.  Marissa’s story, and therefore the connection between domestic violence and state violence, has always been part of the beginning of the #BlackLivesMatter movement.  With the recent stunning promise to eliminate VAWA funding for services and the massive build-up of criminalizing institutions, the Trump Administration has made it clear that it promotes both a pro-rape/domestic violence and a pro-criminalization politics.  The connection between the political issues made so vivid by Marissa’s case is more powerful than ever.  We must build coalitions and be relentless in our defense of survivors and their communities.

Since 2012, thousands of people all over the world REFUSED to accept the prosecution and punishment of Marissa Alexander. You wrote to prosecutor Angela Corey & Florida Governor Rick Scott urging them to drop the case, you fundraised over $100,000 to support Marissa’s legal defense fund, you organized community workshops & gatherings to spread the word, you engaged in direct actions in the streets and in front of courthouses, you wrote to Marissa to let her know she was not alone, you produced amazing works of art that spoke to the call for her freedom, you submitted organizational endorsements for her freedom, you sent heartfelt prayers, and you repeatedly boosted all forms of media to make sure your voices were heard. And our voices WERE HEARD.  We believe that Angela Corey (now voted out) felt the pressure to offer Marissa another plea deal because you would not let up.  We know that Marissa’s pro bono legal team got as far as they did because of the grassroots funds that supported their work.  We saw Florida’s state congress pass reform legislation in response to Marissa’s case.  And we saw an increase in defense campaigns for survivors all over the country.  In short, Marissa Alexander was freed by your efforts of love and resistance that continue to make a difference.  We at Free Marissa Now are overcome with gratitude.

To honor this important activism, we ask all people who did an action to help free Marissa Alexander to PLEASE FILL OUT THIS SURVEY so that organizers and survivors can learn and build from it in future movement building.

It’s impossible to name all of the individuals and organizations that were so key in the campaign to free Marissa.  But we do want to send special shout outs to the whole Free Marissa Now Mobilization Campaign (consisting of reps from African American/Black Women’s Cultural Alliance, New Jim Crow-Jacksonville, Radical Women, and INCITE!), the Chicago Alliance to Free Marissa Alexander (now Love & Protect), SisterSong, all of the revolutionary groups in the Southern Movement Assembly, Black Women’s Blueprint, NAACP, New Voices of Pittsburgh, Methodist Church of South Carolina, Free Marissa East Bay, Pacific Alliance to Free Marissa Alexander, Sistahs Talkin Back, Church of the Advocate, and many, many, MANY others!

We also want to send love to our comrades at Survived & Punished: Stand With Nan-Hui, California Coalition for Women Prisoners, and Love & Protect. With them and our growing team, we will continue to organize for the end of gender violence and criminalization.

Thank you very, very much for your love & solidarity. There are so many more survivors to free and so much more work to do. Let’s keep going!​ 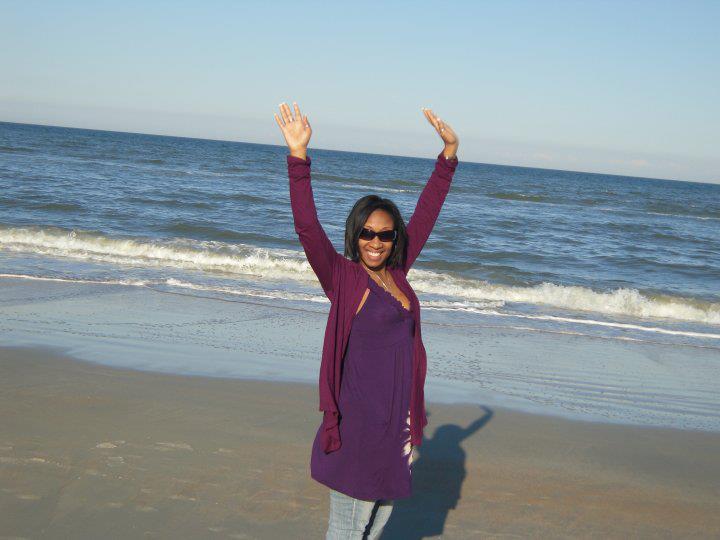